Married at Fleetwood, Indian Territory in 1888 to:

The entire Marine D. Clark family moved from the area around Bowie (Montague Co.), TX to Oklahoma about 1921, including married son Joe Sam and wife Cynthia, and five sons and four daughters (son Dow died in 1920). They moved by wagon first to the Prairie Valley area, which is four miles west of the standpipe in Ardmore (Carter Co.), OK, and then to the Keller-Newport area, near the Brown School, eleven miles east of Healdton (Carter Co.), OK. "Dee" Clark farmed in these areas. 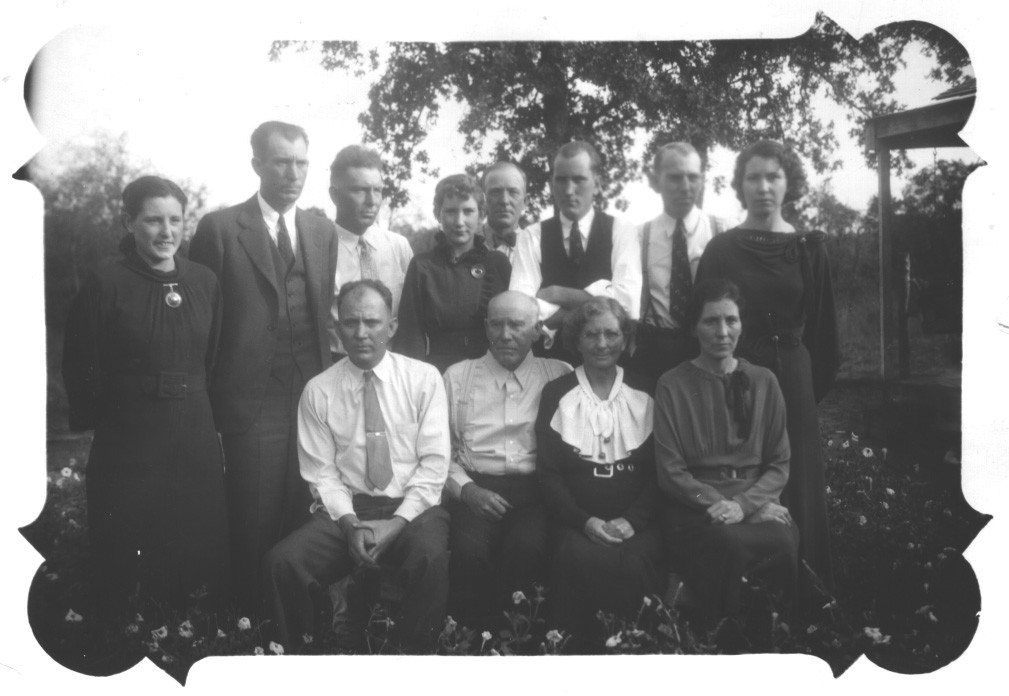